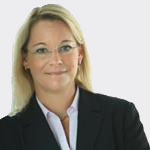 Stefanie Reichel is Chief Compliance Officer of the Vodafone Group in Germany and in this function is responsible for compliance, corporate security, data protection, fraud prevention, internal investigations and official information. The lawyer began her professional career in 1999 as an in-house lawyer at HSBC Trinkaus & Burkhardt AG in Düsseldorf, where she became Head of Compliance, Money Laundering and Fraud Prevention in 2005. In 2012, Reichel moved to ERGO Versicherungsgruppe AG as Chief Compliance Officer and established the Group-wide Compliance Management System for the German ERGO Group and its international subsidiaries. Most recently, she was General Counsel and member of the Management Committee of the Zurich Insurance Group in Germany, where she was responsible for legal and compliance issues. 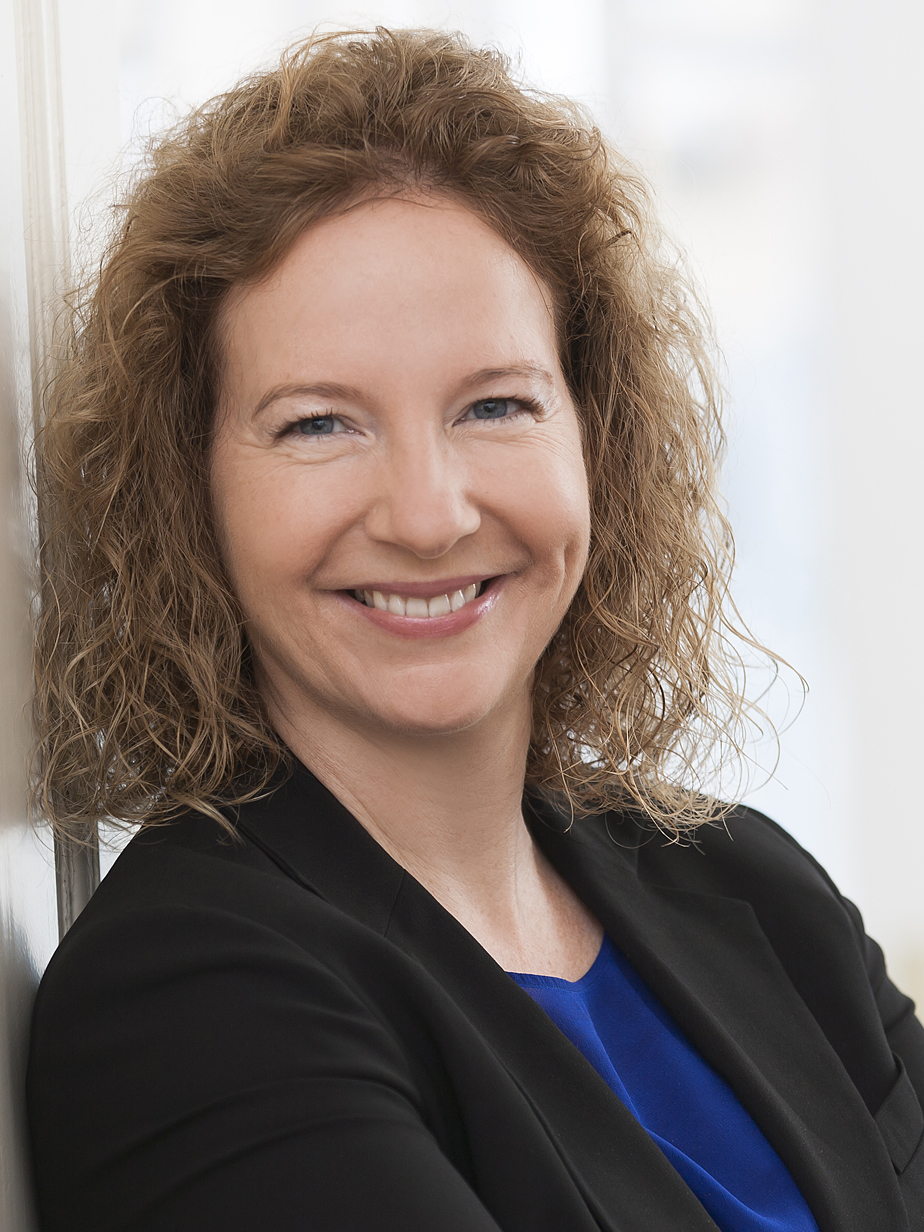 Deputy Spokeswoman
Ruth Schorn has been Chief Compliance Officer and Senior Vice President Corporate Compliance of the KION Group in Frankfurt since March 2015. Since the end of 2018 she has been Chairman of the Supervisory Boards of Linde Material Handling GmbH in Aschaffenburg and STILL GmbH, Hamburg, both subsidiaries of KION Group AG. After studying law in Cologne and studying law in Paris for two years, she spent 13 years in various functions for the energy supplier RWE, including 5 years as a political advisor in Brussels, later as Head of National Policy and finally several years as Chief Compliance Officer with responsibility for the entire RWE Group. 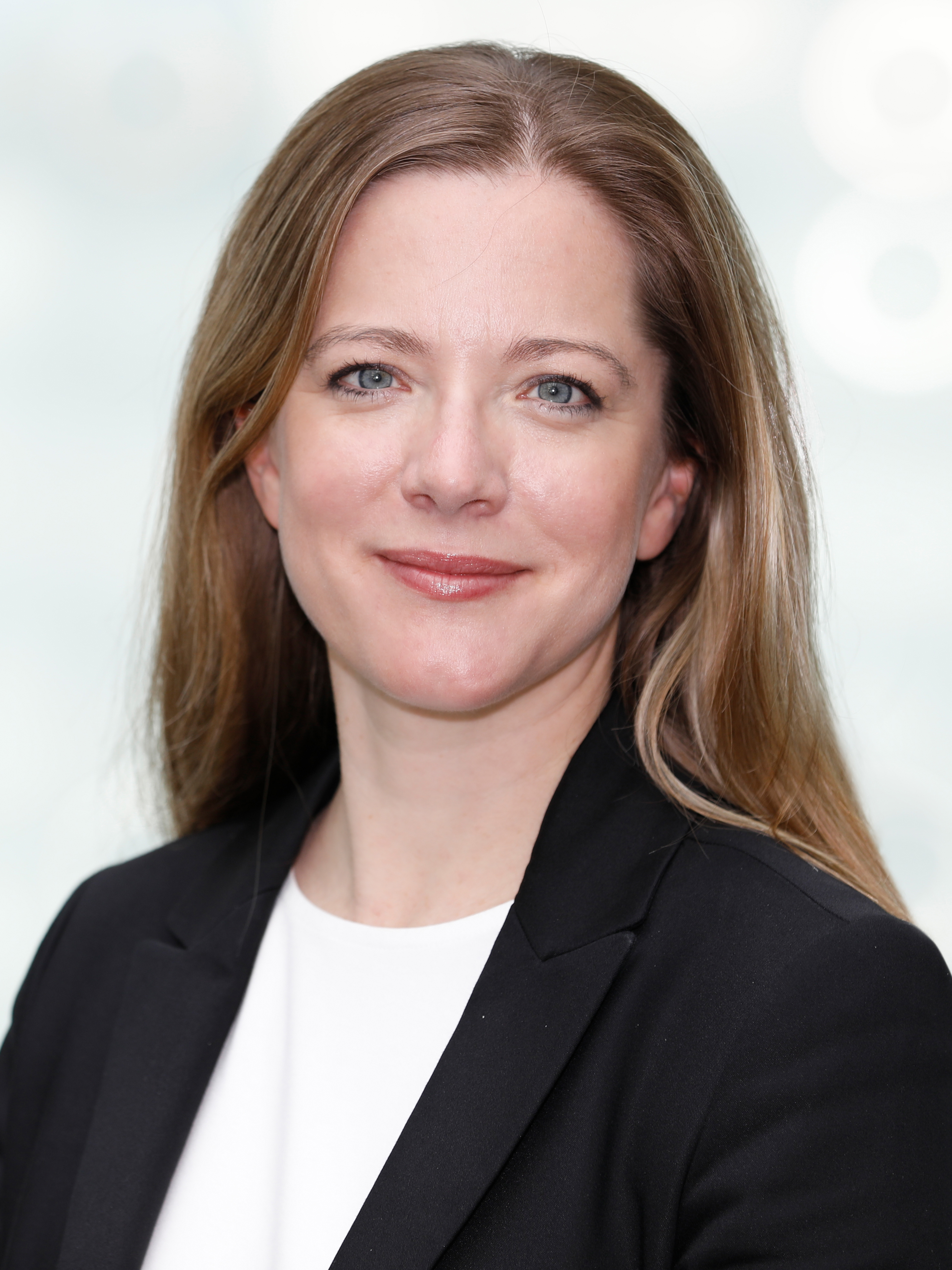 Inken Brand is in-house lawyer and Head of Corporate Compliance Office of the listed Drägerwerk AG & Co. KGaA (“Dräger”) in Lübeck. Founded in 1889 in Lübeck, the family-owned company is now in its fifth generation and is a leading international medical and safety technology company with 50 of its own sales and service companies and is represented in over 190 countries. After studying law in Passau and Toulouse (1996-2002) and completing her legal clerkship at the Regional Court of Koblenz (2002-2004), Inken Brand joined the group legal department of Deutsche Lufthansa AG in Frankfurt a.M. in 2004 and primarily advised sales, customer relations, aviation security, revenue integrity and fraud prevention. Since 2006, she has focused on compliance tasks in the areas of distribution antitrust law and white-collar crime. In 2011, she returned to Lübeck to contribute and expand her experience in the development and implementation of compliance management systems in an international context at Dräger. 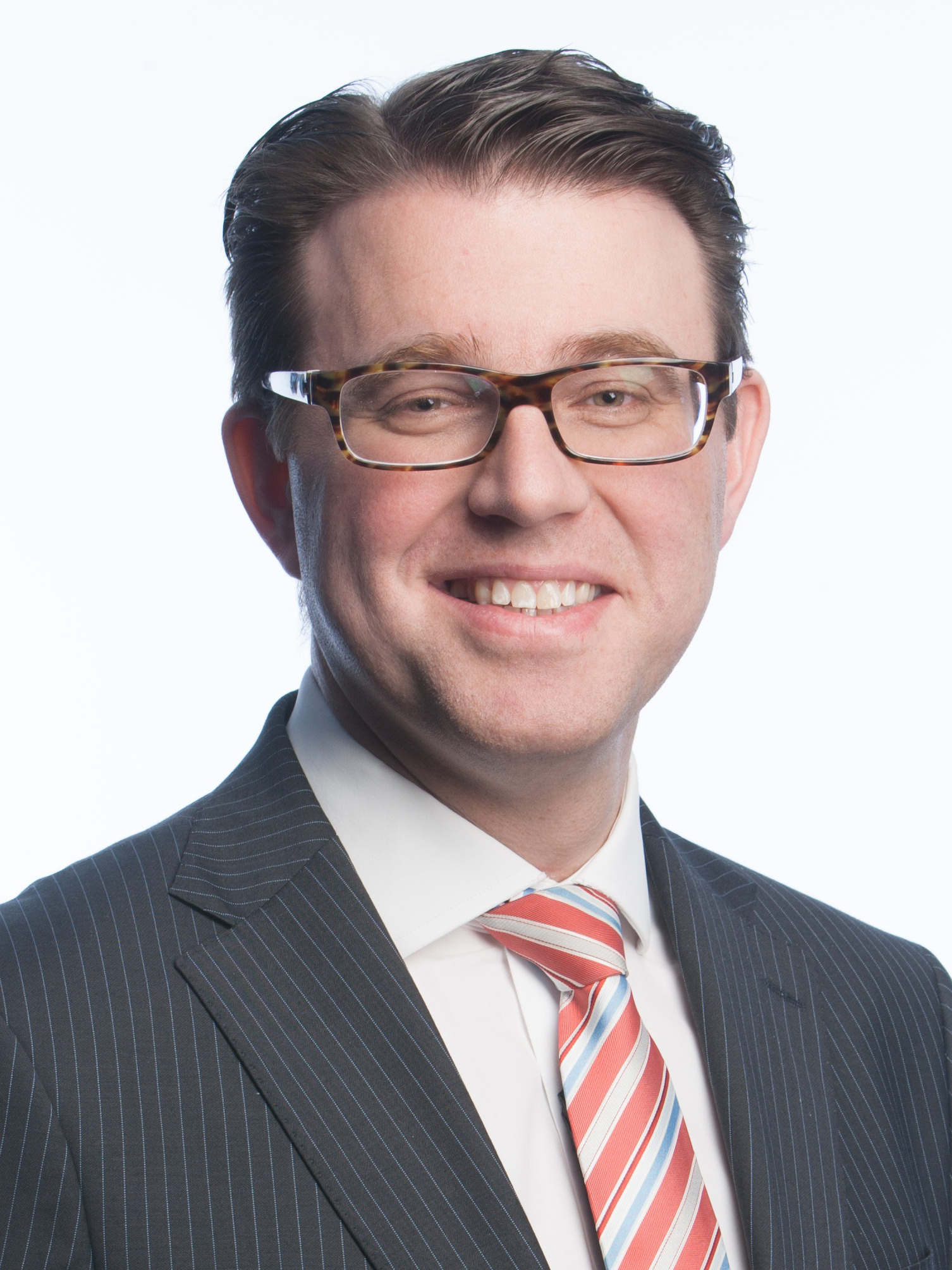 As Director Corporate Compliance at METRO AG, Michael Buch is responsible for the group-wide compliance management system of the retail group. The focus is on the areas of corruption, antitrust law, money laundering, conflict of interest, fraud, breach of trust and the regulation of subsequent remuneration. Before working for the METRO, Michael Buch worked in international law firms in Frankfurt, Hamburg and Washington D.C. in the areas of antitrust law, M&A and joint ventures. 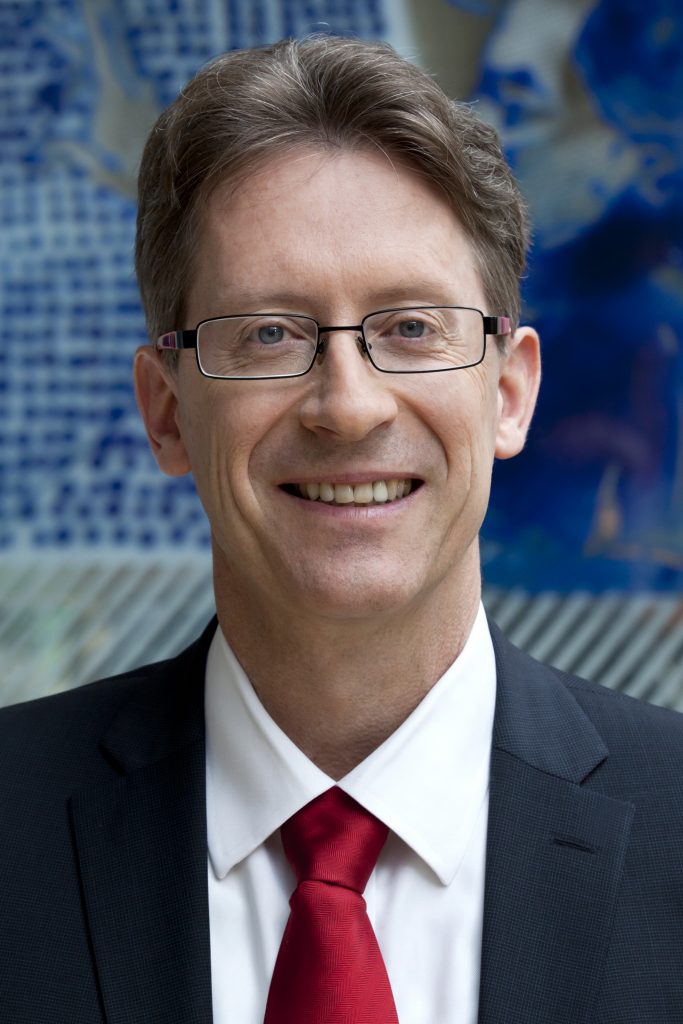 Dr. Stephan Bühler has been General Counsel of SGL Carbon in Wiesbaden since July 1, 2013.
He was also appointed Chief Compliance Officer on May 1, 2014. On June 1, 2013, after 21 years with Siemens AG, he joined SGL.
Dr. Bühler has held various positions at Siemens AG since 1992. Among other things, he provided legal advice to various industrial sectors in Erlangen, led the legal department responsible for Siemens Financial Services Munich and finance law for five years and headed the M&A team in Paris for three years. In recent years he has been Chief Counsel M&A/Corporate in the central legal department of Siemens AG with teams in Erlangen and Munich. This department is responsible for all M&A activities (including venture capital, project ventures and transaction-related corporate law) of Siemens worldwide. Immediately before his move, he was General Counsel Legal and Compliance of the Customer Services Division of the Industry Sector in Erlangen.
Dr. Bühler was born in Stuttgart in 1964, lived in Africa during his childhood for almost a decade and completed his studies at the University of Constance, where he also obtained his doctorate in the area of the international debt crisis. He began his professional career as a consultant in the Federal Association of German Banks in Cologne in 1990, after obtaining his doctorate in the field of the international debt crisis at the University of Constance. Dr. Konstantin von Busekist is a partner and site manager at KPMG Law in Düsseldorf. Within KPMG Law, he heads the Compliance & Investigations practice group with more than 20 lawyers and thus has access to colleagues who specialize in various fields of law.

Dr. von Busekist coordinates the activities of the global KPMG Law Network with regard to compliance consulting. His lectureships include corporate law, corporate governance and compliance at the University of Duisburg-Essen. Since January 1st, 2010, Lutz Cauers has been Head of Internal Audit at Deutsche Bahn AG. He took over the function of Chief Compliance Officer of Deutsche Bahn AG on January 1st 2016 and has also been Chairman of the Compliance Committee of the Group since then. Before joining Deutsche Bahn, Lutz Cauers worked for TUI AG for eighteen years, nine of which included responsibility for Group Auditing at TUI AG, Group Security, Group Privacy and as Managing Director in various companies. In addition, he also assumed the function of project manager for setting up the Group compliance organization and the compliance system. In addition to his functions as Head of Group Auditing and CCO, Lutz Cauers will also take on other tasks outside the DB Group. This includes membership in the Schmalenbach Society and in the “Arbeitskreis externe und interne Überwachung der Unternehmung”. He was also a member of the professional association of auditors, the German Institute for Internal Audit e.V. (DIIR), in which he was active on the Management Board for 10 years – until the end of 2016. Lutz Cauers is currently the DIIR representative to the Institut der Wirtschaftsprüfer e.V. (IDW). Birgit Galley studied business administration at Humboldt-Universität in Berlin with a focus on law and has been working in the field of corruption testing since the early 1990s. As a Certified Fraud Examiner, she also specializes in investigative examinations in an international context.

In her function as Director of the School GRC, she is responsible for the training courses for MBA, Certified Compliance Expert (CCE), Certified Investigation Expert (CIE) and Master of Criminalistics.

As Managing Director of Forensic Management GmbH, she has been advising companies in various industries since the mid-1990s both in the repressive processing of claims that have occurred and in preventive advice on setting up suitable compliance structures. Dr. Werner Grebe was born in Recklinghausen on September 14, 1959. After studying law and obtaining his doctorate at the Ruhr-Universität Bochum, he worked for various companies, banks and consulting firms. The attorney’s professional stations included the Treuhandanstalt and Dresdner Bank, where he worked as Chief Compliance Officer and Group Anti-Money Laundering Officer after many years in the legal department. At the business consulting firm KPMG, Dr. Grebe dealt with the implementation of special investigations to determine compliance violations and the design of compliance systems. In 2009, he moved to Deutsche Bahn AG as Chief Compliance Officer and set up a strongly preventive compliance management system for the entire Group. He left Deutsche Bahn in 2016 and currently works as an independent lawyer focusing on compliance. Georg Gößwein is a lawyer and studied law at the LMU Würzburg and LMU Munich and earned his LL.M. at the University of Stellenbosch in South Africa. He began his professional career at Zimmer AG in Frankfurt as Head of Legal and Patents and Compliance Officer. Mr. Gößwein then moved to KHS AG in Dortmund, where he was Head of Legal and Patents and CCO. Most recently, Mr. Gößwein was General Counsel at Rolls-Royce Power Systems AG, with approximately five years as “Tognum AG” listed in the M-Dax.
Mr. Gößwein has been a member of the VDMA Legal Committee since 1998, from 10/02 – 10/14 as Chairman, and a member of the BDI Legal Committee since 2002, where he was a member of the Board of Management for almost ten years. In 2003 he was a founding member of the VDMA Compliance Management working group and held the joint chairmanship until the end of 2014. In the area of compliance in particular, Mr. Gößwein has published several articles, among others on different models of compliance organizations, on the importance of the compliance culture in the company and most recently on the FCPA, UK-Bribary Act and the German Penal Code with regard to relevant regulations. Mr. Gößwein is a founding member of DICO – Deutsches Institut für Compliance e. V. 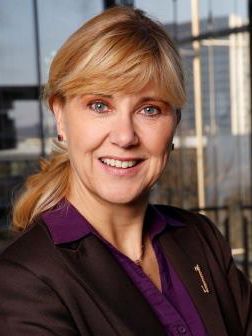 Sofia Halfmann is a lawyer and Senior Vice President Compliance and Export Control Officer for DHL Global Forwarding, Freight in Bonn. Prior to joining DHL, she worked for various pharmaceutical companies in Karlsruhe, Munich, New Jersey/USA and Berlin, most recently at Bayer AG in Leverkusen as a Head of Group Compliance Office/Compliance Officer. Sofia Halfmann has published on the subject of compliance and export control and has given various presentations. She has been a member of the Women in Compliance Awards jury since 2015.

Dr. Stefan Heissner is a partner at EY and has been head of Business Integrity & Compliance Management in Central Europe and the CIS since 2006. In this region he leads a team of approx. 480 employees with a focus on forensic auditing, compliance and integrity management.

He regularly publishes on compliance and responsible corporate management and is a lecturer at the European School of Management and Technology, Berlin (ESMT), various police academies and a member of the Compliance Working Group (PS 980) at the Institute of Auditors. 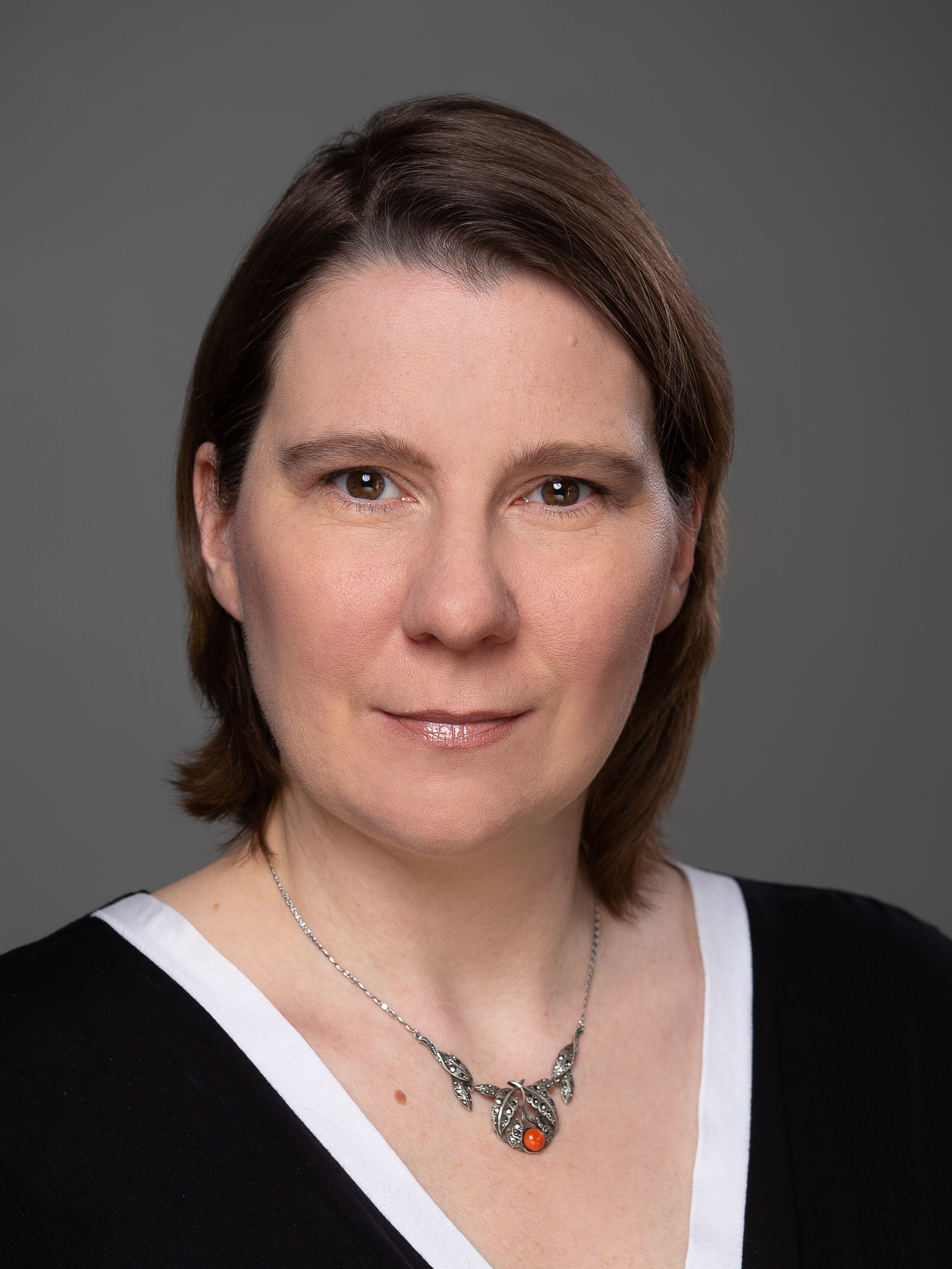 2006-2015 Attorney at law (most recently Managing Associate) at Linklaters LLP, where she specialised in advising companies and investors in the area of regulatory/compliance. Long-term compliance consulting for US-American aviation and trading groups, development of compliance manuals for European subsidiaries; consulting for various large investment banks on compliance issues; public-private partnerships as well as support for various major takeovers including (compliance) post merger integration. Joined Zalando SE in August 2015, initially as Senior Compliance Manager, in order to develop a group-wide CMS for the fast-growing company (2018 approx. € 5.4 billion turnover and 15,500 employees) that does not contradict the start-up mentality. In 2016, she was promoted to Senior Lead. In addition, she set up and managed the Customs Competence Center, a team responsible for customs and foreign trade law. Alexander Schröder has been dealing with national and international issues in the field of corporate governance for over 18 years and has extensive practical experience in the industrial, financial and public sectors, both on the advisory and on the application side. It pays particular attention to the integration of the individual elements of internal monitoring, such as risk and compliance management, internal control system and internal audit.

We use cookies to ensure that we give you the best experience on our website. If you continue to use this site we will assume that you are happy with it. OKData protection